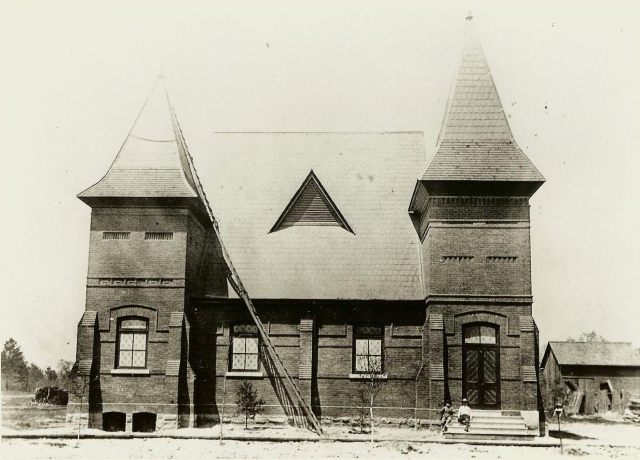 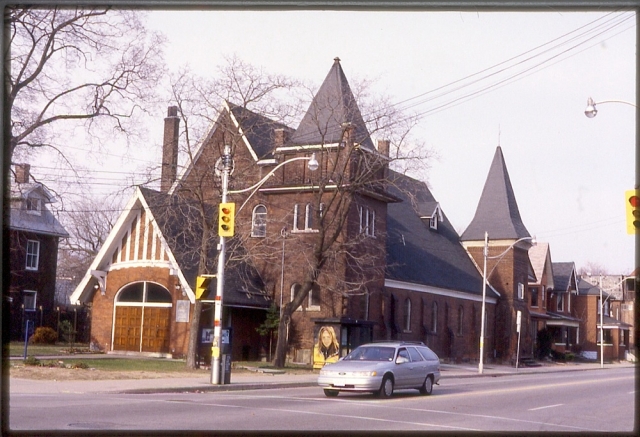 The Annette Street Baptist Church is comparatively smaller compared to the other nearby churches, and reflects not only the Baptists’ preference for less ornate structures, but also the working class worshippers who made up its congregation. 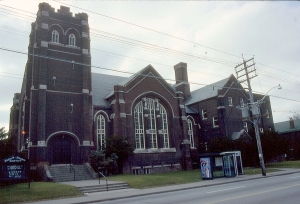 High Park-Alhambra United Church, built as a Methodist Church, is important due to the Methodists’ role in having the sale of alcohol banned in the Junction for nearly a century. It was here that the local reverend called the Junction’s hotels “cesspools of harlotry, vice, and iniquity.”