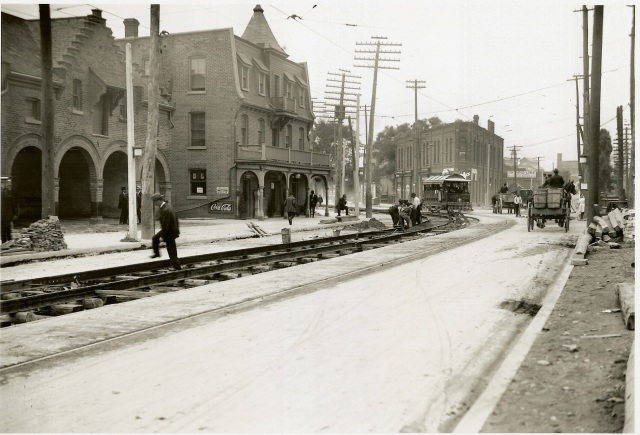 James Ellis was responsible for one of the incarnations of the oldest business in the Junction, the Peacock Hotel.  The tavern was established some time in the late 1820’s or early 1830’s.  It was outside the Peacock Hotel that rebel leader William Lyon Mackenzie, possibly aided by the Peacock’s owner James Farr and probably 40-50 men, robbed the Royal Mail in the aftermath of his march down Yonge Street in the 1837 Upper Canada Rebellion. 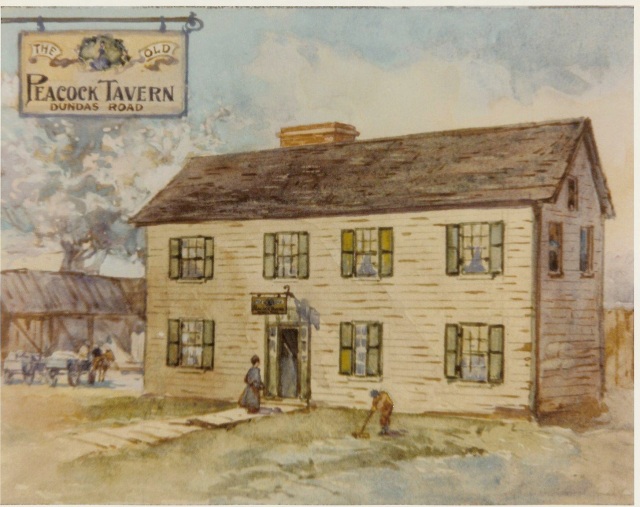 The proceeds of the robbery helped Mackenzie to escape to exile in the United States.  James Farr disappeared some time after the rebellion, if not before, history is vague.  His wife and family own and operated the tavern until 1875 when they sold it to John Colley.  There is a suggestion that a farmer’s market was held outside the tavern from the earliest times.  Later owners Daniel Blea and Alex Purse continued the practice and oganized pigeon shoots in the area.  It was said “a wonderful meal could be had for a quarter” at the Peacock.  Francis Watt purchased the tavern just in time for it to be shut down when the Junction closed its bars in 1904.  By 1907 it was a boarding house.  The original building was demolished in 1925.