James Ellis designed a three-storey block  at the northwest corner of Dundas and Van Horne (later Heintzman Street) in 1891 for Lucius Kilburn (1834-1913), a Quebec-born developer.  Ellis relocated his own architectural offices there by the following year.

The architect’s plan included “a place for entertainment that would have been a credit to any city,” recollected A.B. Rice in his Stray Thoughts on Matters of Public Concern column in 1949. “It had a large stage, two spacious dressing rooms and a sloping floor on which 800 people could sit on chairs.” Kilburn Hall was used for a variety of performances and community fund-raising events.

In 1894, the West Toronto Junction Mechanics’ Institute moved its library and reading room to the second floor of the Kilburn Block.  In 1899, the Junction library operated out of two small rooms in the building, until A.B. Rice as chair of the Toronto Junction Public Library board secured a grant from the Carnegie foundation to build the Annette Street Library and commissioned Ellis to design the new building. 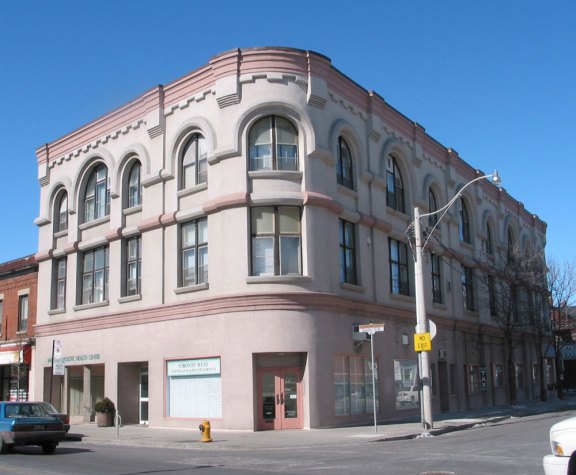 When West Toronto Junction voted for the ‘Local Option’ — banning the sale of alcohol for almost a hundred years — and closed the bars on April 30, 1904, Kilburn Hall hosted a minstrel show the next night, ushering in the theatre era in the Junction in which the hotels and taverns were replaced by a thriving theatre district.